Three Ways to Speed up Your Data Science Team

Quick, what’s faster, business or (data) science? It’s pretty obvious; business can generally outpace science. Even the question conjures images of teams of genius scientists sitting in dark rooms in the back of the office somewhere, while a marketing manager bangs on the door asking for the list-ranking model results for that latest campaign. They look up from their keyboards with blank stares as someone mutters something about XGBoost.

Manager: But this thing needs to ship in two days!
Data scientist: But things aren’t perfect yet!

My favorite engineering saying – if it works, it doesn’t have enough features.

I can’t remember working with a company where this didn’t surface. From subtle nudges in executive meetings to all out demands from stakeholders, data science is tricky to manage and even trickier to time.

Pacing alignment between data scientists and, say, dev ops, isn’t always as straightforward as making sure everyone’s on the same sprint cadence. Data scientists don’t generally work on sprints. We get ’stuck’ on lack or surplus of data or investigations take much longer than anticipated. We’re not generally delivering a packaged result as much as we’re discovering a way to solve a problem that may not have been done before.

Imagine building an engine to personalize emails for users of a toy company. The goal is to build a model that predicts what users want to read, at the one-to-one personalized level. Depending on the data, and early model accuracy, data scientists might need to do weeks of feature engineering (a technique that extracts more information from data, generally increasing predictive accuracy, but requiring deep product knowledge), mining for additional data, or trying new approaches. While all of this is happening, Marketing is wondering when it can actually use the new tool.

I’ve been in this situation many times. The solutions involve better communication and team management, and is achievable with some creative changes. So, how can you bring up the pace of data science, while keeping the team engaged, motivated and content? Here are my top five ways:

ONE – Convince the data science team to release early models 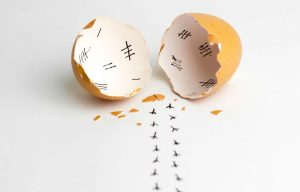 It’s a worthwhile challenge to convince data scientists to build and release “dumb” models early. Data scientists should be rewarded for doing this. The theory is that a simple, or heuristic, model is generally a good starting place and usually gives lift over doing nothing at all. A popularity-based product recommender is a perfect example; It’s not glamorous, but it’s a lot better than doing nothing. Breaking the habit of working on something for months until it’s absolutely perfect will have many rewards. Not the least of which is much higher team motivation, as they get more done in less time, and receive more credit from their work.

My favorite verb lately has been “science-ing”, and in this context, it’s worth avoiding over long periods. 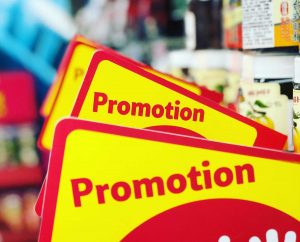 That’s right, data science sales. Please allow me to explain. This is something I came up with working for a large client with nearly a dozen stakeholders interested in using data science to bolster their efforts. Alas, I didn’t coin the term. It’s the process of making sure all the major company stakeholders see and understand major data science initiatives. Here are a few ways to do this:

When this ‘Outbound Sales’ effort is done correctly and consistently, a wonderful alignment occurs that connects data science to other teams within the company. And with this alignment, projects get started more quickly and tend to finish together, with fewer unforeseen delays.

THREE – Put a data scientist in all stakeholder meetings 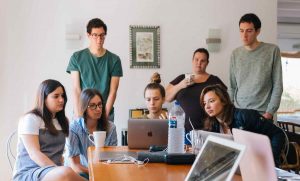 If you can, invite a data scientist to major marketing, sales, strategy, product and IT meetings. I like to set these up on a weekly cadence. It’s the best way to keep teams linked to the data professionals who are innovating to increase efficacy of these teams. I’ve personally watched productivity and ideating flourish after just a few months of these stakeholder meetings. An ancillary benefit is that each party will learn how to communicate with each other, effectively learning how to simplify topics and aim for deliverables.

By using these techniques to align your data science team better with your expectations and those of major stakeholders, everyone benefits; you’ll get more from your resources, and, through increased productivity, data science will feel more empowered than ever. Give these a try. They really work.